It appears to me that people enjoy making them and turning them into fun and creative soaps.  I do make soap pucks from fresh trimmings but that’s just one or two at a time.  I give them away or use them as kitchen hand soap.   I stopped collecting scraps to make into a whole new batch because the couple of times I did, I was not too happy with the way they looked. Maybe I’ll revisit it in the future.

Last month I made a batch of soap that accelerated trace and simply didn’t cut it. I decided to grate some of the fresh soap while it was still soft and I made them into ball embeds. The first few balls were fun to make, but rolling 40 of them? I don’t know how others do it, but I was getting tired compacting and rolling the soap into neat little balls.  I feel though that all that work paid off with the way the soap turned out, but seriously, I don’t wish to make more! 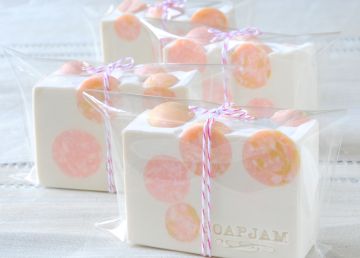 Some of the reject soap also ended up as cube embeds – my preferred style and the more practical approach – but I have to say that the ball embeds are rather cute and fun. 🙂 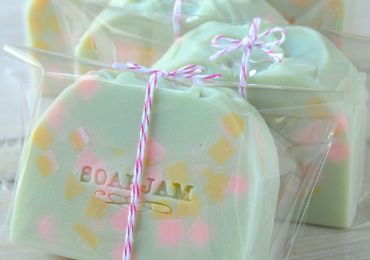